Connected again by Ms. Julia Callahan, I have spent the last couple of weeks corresponding with a lovely woman named Adrienne Sharp, authoress of The True Memoirs of Little K. 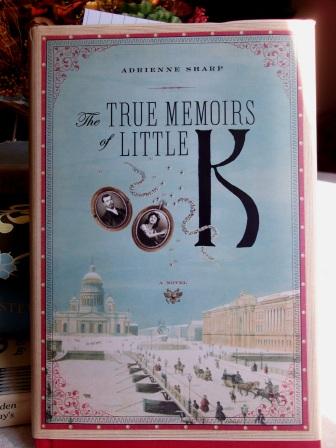 Ms. Sharp's laid back openness was like a warm blanket on my jangled nerves. I had so much I wanted to learn from her and had trouble reining in my eagerness, yet she was perfectly calm and easy going about the exchange. If you're interested in my full review of the book, well here ya go.

Okay.
Following is our emailed interview.
I am still crossing my fingers
to someday visit Los Angeles and buy her lunch.
Or instead, maybe she'll visit the farm
and teach me how to write fictive action!
Adrienne, I'll make shortbread and hot tea.
C'mon... We have plenty of room. xoxoxo

How did you arrive at the original idea for this book, and then how did you choose from which character's perspective to tell the story?
Because I was a ballet girl and I read ballet history voraciously, I knew about the famous Kschessinska and I knew vaguely that she was the mistress of Nicholas II. But it wasn't until I wrote about the choreographer George Balanchine as a little boy in imperial Russia in my last novel that I drew close to the material for Little K. She was a perfect product of her place and time—a social climbing ballerina who used the stage as her platform to socialize with the balletomanes of Nicholas II’s court—and as almost all the counts, grand dukes, and tsars were big balletomanes, her access was limitless. As apparently, were her charms and her ambition.

If your book is translated to a film, what actors and actresses do you like for which roles? May I please suggest Robin Wright for Alix? Perfection…

Robin Wright—perfect as Alix.  Kschessinska? Catherine Zeta-Jones? She’s a dancer, she’s small, and she can be gritty.

You said it took you a few years of research to write this (incredible) book…during the research and writing, did you ever want to change perspective or direction? Do you have any drafts laying around that were sketched out from, say, Niki’s perspective? (What a read that would be too!)

K was my girl right from the start. But what I did think about doing was an overlay of marginalia from her son Vova’s point of view. She was writing this memoir for him, and I thought it would be fun for him to comment on what she wrote and to reveal what it was like to be her son, to provide his perspective of those scenes she recalls. (I suspect he was homosexual, though no one ever mentions this in my research.) But my editor overruled me—she thought the marginalia thing had become a bit too much of a trendy thing to do. But I still like the idea.

I thought the touch of placing young revolutionary Vladimir Lenin in K's ransacked palace was brilliant and terrifying, especially that he sat at the tsarevich’s little school desk and wrote in his notebook! Is there any history behind that, or is it a wonderful piece of fiction from your mind?
The nascent Bolsheviks did take over her palace and Lenin did in fact take Mathilde’s son’s bedroom for his study. I invented the part about Lenin writing in Vova’s school notebooks--or rather, appropriated the idea of using a child’s notebook for political work. Nicholas’s brother Michael’s abdication as tsar in 1917 was written in a child’s notebook, grabbed from the desk of the palace of friends, where he happened to be staying as a guest.

Did you know what your stopping point would be before you started? I personally did not predict where we ended up and was delighted and satisfied completely. But surprised above all. Did you decide that early on?
I always planned to end with K preparing for death, sorting through the items she wanted in the coffin with her. But when I got there, this seemed too gloomy an ending. So I gave it some juice, bringing back some of her old defiance, her belief that the old order would be restored, that her son would find his rightful place. Otherwise, she couldn't die. She was too worried about what would happen to her son without her. In reality, he ended up on public assistance and in public housing. So she was right to be worried.


How did you do your research: history books, internet, interviews? Did you compose your story as you went along, alternately with doing the research, or did you amass all of your background knowledge first then devote yourself to the fiction? What was your daily life like during those years?

I used books, articles, and the internet—and I researched all along the way—to the bitter end. In fact, when I was working on my galleys I couldn't stop adding details I was culling from my nonstop reading. When I started researching, I couldn't keep any of the Romanovs straight—they all have the same names! By the end of it, I could spot misidentified photo captions.

Have you visited any cities in Russia? Or Paris?
I’ve been to Paris, but I’ve visited Russia only in my research.

As a ballerina, have you danced any of the ballets described in your book? Or are these even still alive?

Since I was only a ballet girl, essentially a talented scholarship girl in training to be a dancer, I never danced in any of the ballets described in my book. But because I was a ballet girl, I’ve seen almost all of those ballets performed. And those ballets Petipa created for the Imperial Ballet have become the foundation of almost every classical ballet company, except for those  created especially for the tsar’s private viewing pleasure at those hermitage performances, like the Four Seasons.

I would love some solid advice on the mechanics and mindset of keeping so many complex characters organized and effective! What a feat… so many personalities and passions kept alive over so many decades. I am having trouble writing a story about a dozen Sea Monkeys. Help me?
Honestly, I don’t know how I did it—except by many rewrites.

Fascinating to me that a contemporary author is taking the time to reread a classic, War and Peace, especially such a long work, and not for the first time.  I’m going to take that as good advice for all of us. What else are you reading lately? Who are your favorite authors?

You know something? War and Peace is short on specific, concrete details to create setting, and I really miss that. I can’t see the rooms or streets or clothing. And I’m noting that Tolstoy had some trouble creating Russia’s war with Napoleon into something more than a dutiful summary of the action of the battles. It’s very hard even for the master to bend history into dramatic fictive action. As for reading—I’m reading a lot of history of Los Angeles circa 1939. And I love Jennifer Egan's work.

Care to give us a glimpse of what other epics are brewing in your imagination? It’s okay if you’d rather keep that close to your chest. But I will be reading it, whatever you come up with.

I’m working on a novel tentatively titled “Hollywood Land,” that looks at how the Russian Jewish immigrants who came to Los Angeles too ambitious to peddle rags or scrap metal became movie moguls or gangsters, like Louis B. Mayer or Mickey Cohen. They created a parallel universe in the city—since they weren't welcome in the institutions already there. So they built their own racetrack, country club, cotillion, hospital, talent agencies and law firms.
My main character is an eight year old boy who watches his mother dancing as a Busby Berkeley girl in some of the MGM movie musical extravaganzas of that time and helping his father as a bookie who falls in with Mickey Cohen and Bugsy Siegel. So I’m reading about MGM back lots, Louis B. Mayer, and the Jewish gangsters who controlled the unions, Nazi Bund meetings in the Santa Monica mountains and the bombing of Pearl Harbor, the Japanese rooted out of Boyle Heights and sent to Santa Anita racetrack to await deportation to camps in Arizona, Navy boys waiting for their call ups beating up zoot suiters downtown—another big canvas, I guess. Woe is me.

Did you read my quick, amateurish thoughts comparing your heroine to Chiyo in Memoirs of a Geisha? I am fascinated by this role women play in such different parts of the world. What do you think? Who do you think had a better life, the ballerina or the geisha?

The dancer in one of the tsar’s companies in imperial Russia retired after twenty years with a lifetime pension—so by age thirty-eight she had some financial independence. Many of the girls married well and raised happy theater families, the kind of family Mathilde came from. Her sister married a baron at her retirement. And if a dancer were a woman like Mathilde, willing to sacrifice respectability for a very wealthy protector or two, she could accrue some other worldly goods, as well. But she could never really leave her class—she belonged to the demimonde, not the aristocracy, however she might play with them. And Mathilde could never have married either of her grand ducal lovers if there had not been a revolution and the court had not moved to Paris to live in exile. Even there, she was tolerated, side-lined, and most painful for her, so was her son—and the two of them were abandoned completely when her husband, Grand Duke Andrei, died.

Again, thank you. As a daydreaming writer I appreciate your insights. As a blogger I appreciate your time and openness. As a reader I am just a fan!!
Thank you—your questions were fabulous and fun to ponder. Let me know if I can ever help you in any way. Wasn't that fun, you guys? Isn't she interesting? Every one of her answers triggered at least three new questions in my head, but alas... Life goes on. This just underscores the value and importance of conversation, of exchange and searching in life. I hope you're inspired to read this book if you haven't yet. And I also hope you're inspired to buckle down and write something if that is in your heart.

Happy springtime, Adrienne! So very nice to "meet" you, and best wishes on your exciting new novel!

Scratch Below the Surface!
xoxoxo
Posted by Marie at the Lazy W at 6:18 AM

Hey thanks for commenting! I love hearing from people. It's the best. I have recently added word verification, a necessary annoyance. Have a wonderful day! 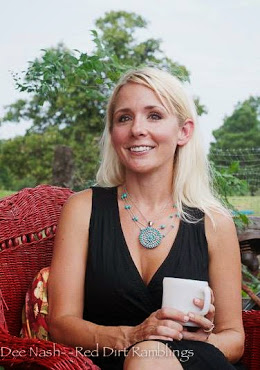 So glad you stopped in! Please stay a while and share your thoughts. xoxo 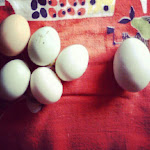 Last year was wonderful! We collected 959 eggs, allowing us to share them with friends and bake constantly. Beginning early February of 2013, we have started a fresh count! When we reach 500 eggs, whenever that is, I'll do a fun giveaway, so stay tuned!

I'm training for my first full next spring, can you join me?

It's Not Stalking Exactly